I'm trying to create a challenge for PP&CG where the object will be to find the longest sequence in a given time, but I'm worried that there may be an infinite sequence that will ruin things.

The sequence is similar to the Look-and-say sequence, but using the prime factors (in increasing order) of the previous term for the current. When the current term is prime, the sequence stops. For example, if the first term is 15, you get:

Additionally, if a sequence revisits a number, it stops (counting the revisited number only once). I don't know if there are any cyclic sequences, but that's there to prevent it.

Each number I've tried so far (manually) eventually terminates, but I'm not confident that it holds for any starting term. Is there any simple insight I'm missing that would show (or disprove) that for every (positive) starting number the sequence will be finite? I don't care if it's absurdly long, just not infinite. 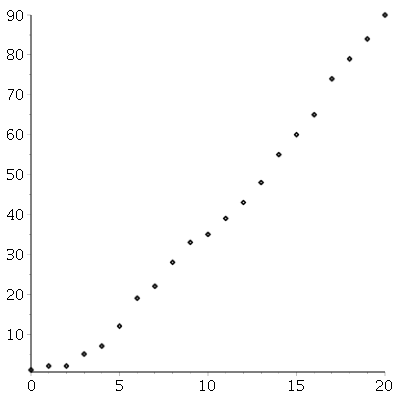 Not the answer you're looking for? Browse other questions tagged sequences-and-series recreational-mathematics decimal-expansion or ask your own question.

2
What is the next row of this pattern?

3
Creating an alternating sequence of positive and negative numbers
1
Why can the limit of a sequence approach a number and converge, but the limit of the series must approach $0$ to converge?
17
On the “Look-and-Say” sequence and Conway's constant
3
Non-additive-subtractive prime sequence
4
Sequence generated by $2^k-1$ contains new prime factors
4
Does a sequence based on hereditary factorisation always terminate?
17
Is Conway's “Look and Say Sequence” strictly increasing?
6
Does every such sequence enter into a loop?