What's the equation behind this strange curve?

I have come across a strange kind of curve, which I can't imagine what is the equation behind. I've tried a variety of approaches, from numerically calculating the derivative and second (and so on) derivative... but that gave me no clue about the very nature of this curve. 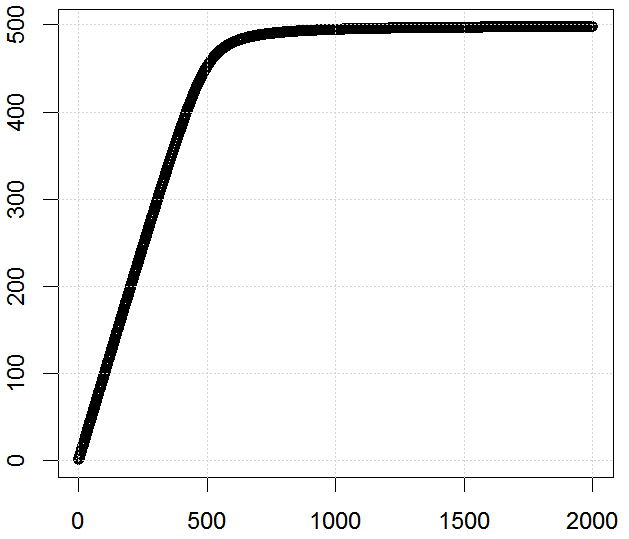 This sequence of points seems to grow with a slope of exactly 1 until the slope decreases to zero quite sharply... I numerically calculated the first three derivatives of this curve: 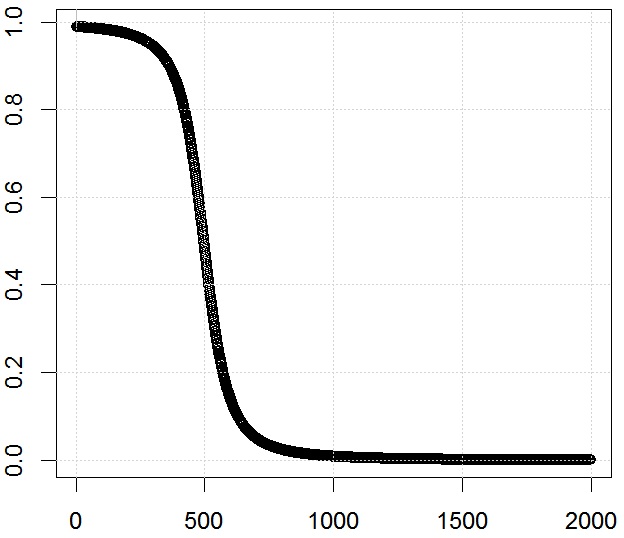 interestingly (I think), the first derivative's "turning point" is at x=500, just like the y maxima of the function I a looking for... This is numerically verified by the look of the second derivative: 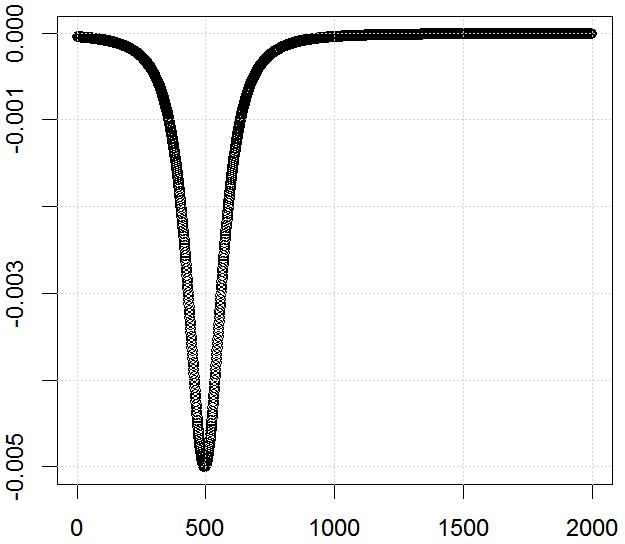 the third derivative, if of any help? (note that the grey line here should not to be considered) 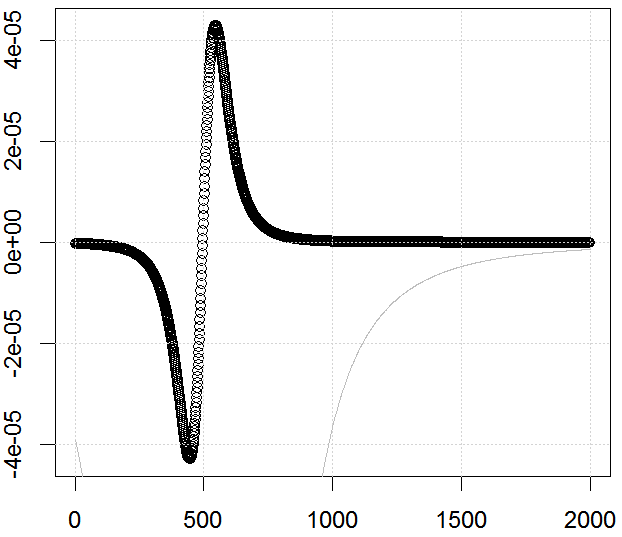 NB: I can provide the raw data if necessary, but I felt this would render the question unreadable (2000 values...) 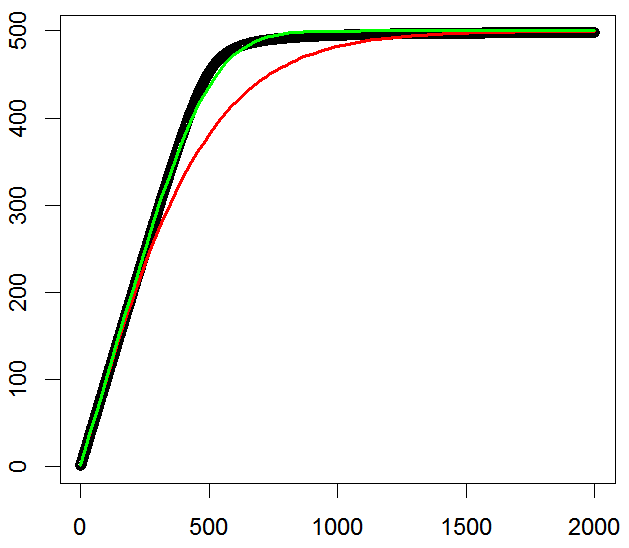 edit2: @user21280: This is also very close but there seems to be a little disagreement, again around the bending point. 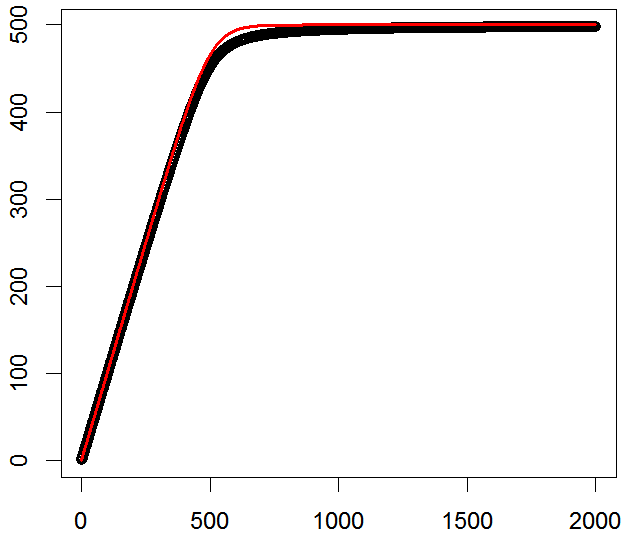 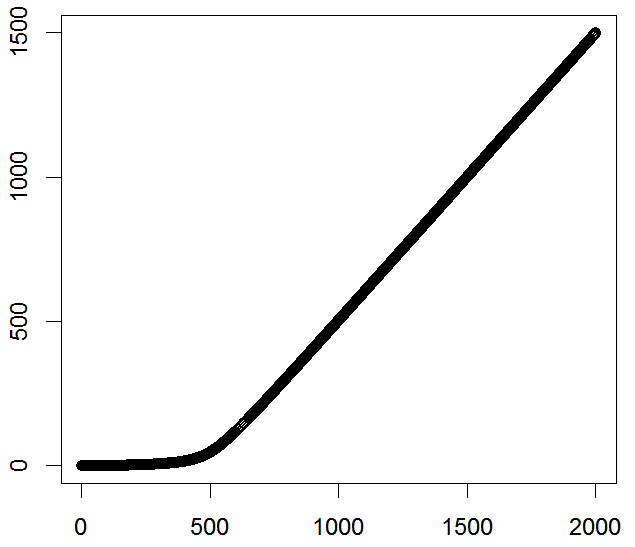 When B0 gets high enough, A is saturated and B_eq (y) increases as a linear function of B0. Hence the idea of substracting B0 from B_eq. Which gives away my mysterious curve.

edit4: the reproducible 'R' code behind:

This to me seems like a hyperbolic tangent function:

A quick inspection reveals that $a$ should be about $500$. Perhaps the slope at $x=0$ being about $1.0$ would imply that $b=1/500$. Obviously, these numbers should be taken with a grain of salt but at least represent a starting point for the analysis. The functional form seems to at least match somewhat the derivative profiles.

A comparison to the data showed that $f$ did not bend fast enough. Another possibility is

A quick inspection shows that there is a better fit to the bending, although the behavior of the second derivative is a bit different.

[Edit: After Rodolphe finally told the origin of the data...]

It can be seen that it is just a differential equation $\frac{da}{dt} = -pa+q(1-\frac{a}{m})(c-a)$ where $a$ is the amount in $A$, $c$ is the total amount in both, $m$ is the capacity of $A$ and $p,q$ are fixed parameters. The differential equation is separable and just requires integrating the reciprocal of a quadratic function, which is easy. I'm too lazy to do it though.

[Edit: After Rodolphe posted the code, it is clear that I misunderstood the process...]

Michael did it so I don't have to. Great!

Not the answer you're looking for? Browse other questions tagged functions or ask your own question.