Contour integration when pole is outside the contour 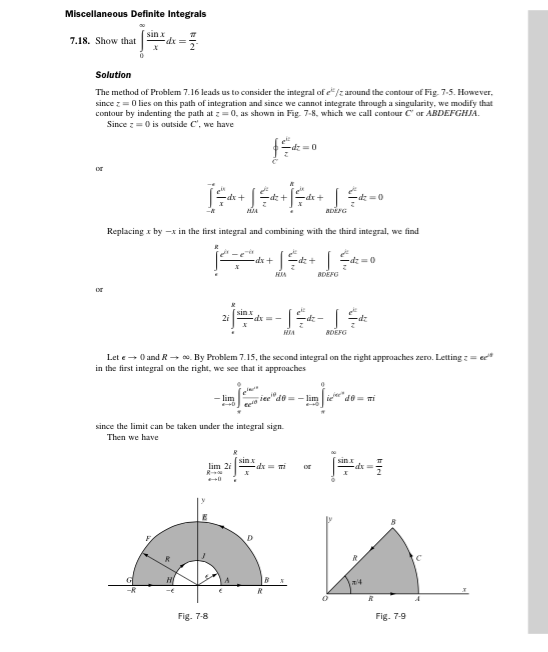 Here they are using the pole OUTSIDE the contour? I thought this was illegal according to the residue theorem or we are not supposed to do contour integration with poles outside the contour itself.

In this case you can use the Sokhotski–Plemelj theorem and work with the principal value directly. This amounts to putting the pole right on the contour and counting it as being "half inside" making the contribution $\pi i$ times the residue. In general, a contour integral can be written as minus $2\pi i$ times the sum of all the residues of the poles outside the contour, but you then also need to include the residue of the pole at infinity (if there is a pole there). To see this consider an arbitrary contour integral of a meromorphic function $f(z)$:

where $C$ is a counterclockwise contour. Suppose that a point $p$ is inside the contour. We can then define a new variable $w$ by putting:

Performing this change of variables to the integral yields:

Not the answer you're looking for? Browse other questions tagged calculus integration complex-analysis improper-integrals contour-integration or ask your own question.

2
How many poles have to be inside the contour?