I came across this example Spanier's Algebraic Topology book (by way of the Munkres Topology book). I kind of have an intuitive idea of why the space isn't simply connected but can't figure out a formal way to prove it isn't.

The construction of the space is as follows:

I can defintely see why both $Y$ and $Y'$ are simply connected because they can be retracted to the point at the top of the cones and I can sort of guess that the reason $Y \cup Y'$ isn't simply connected is that you have these two separate points and you can't contract to both of them all at once and part of the issues that keeps you from doing this is how there are infinitely many circles on each side (and if it was only finitely many then we would have a simply connected space).

The ways that I have thought about solving this mostly have been finding a homotopy equivalence to a familiar space where I know the fundamental group already or finding suitable open set $U$ and $V$ so I can use the Seifert van Kampen theorem.

After posting this question I came across this blog post http://wildtopology.wordpress.com/2014/06/28/the-griffiths-twin-cone/ and now feel like I can answer my own question. 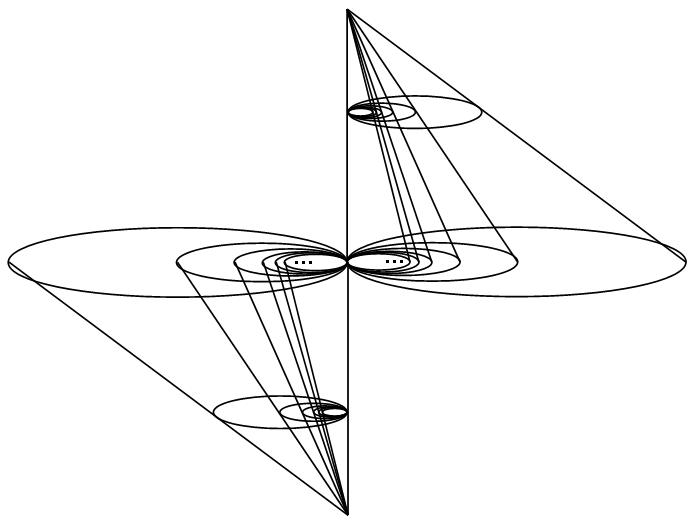 but it is homeomorphic to a space that looks like this 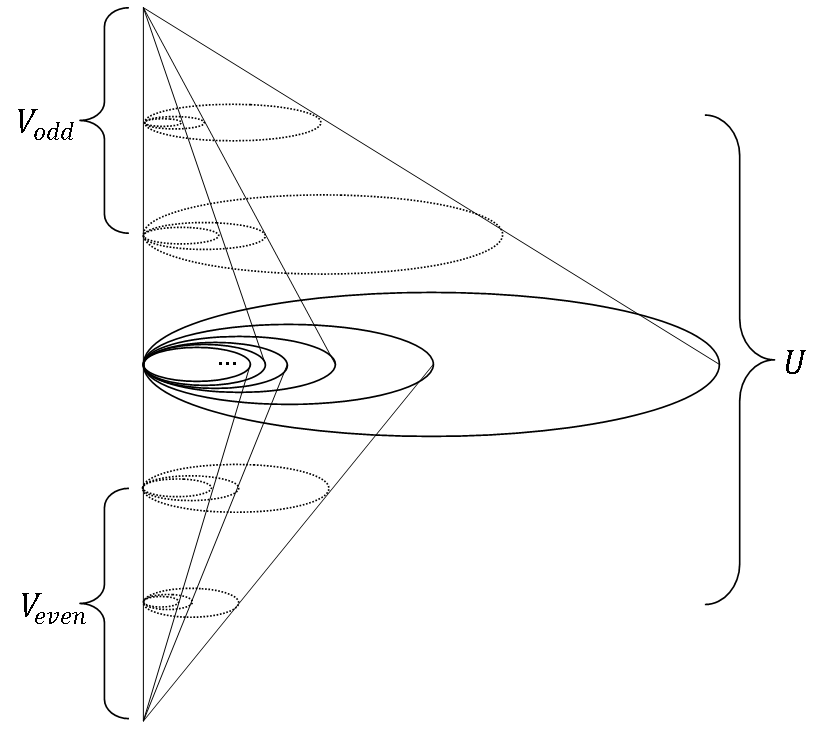 Using the second of these two spaces and two applications of the Seifert–van Kampen theorem first with $U$ and $V_\text{odd}$ and then with $U \cup V_\text{odd}$ and $V_{\text{even}}$ we can see that the inclusion map identifying the Hawaiian earring with the intersection of the space with the $xy$ plane induces a surjection of fundamental groups.

The kernel of this map is the conjugate closure of the union of subgroups that contain loops only going around either even or odd circles but not both. This is not the entire fundamental group because the loop that goes once around every circle from biggest to smallest is not contained in this union.