I tried some angle chasing, considered common extangent of the circumcircle of ABC and both $S_1$ and $S_2$, tried Power of a Point theorem, polar bijection, but I don't know how to prove that the point I lies on the extangent. I'm really clueless how to proceed. I tried thise things bluntly but they seem to be irrelevant. How is it done?

For now, we'll consider just the circle about $A_0$. 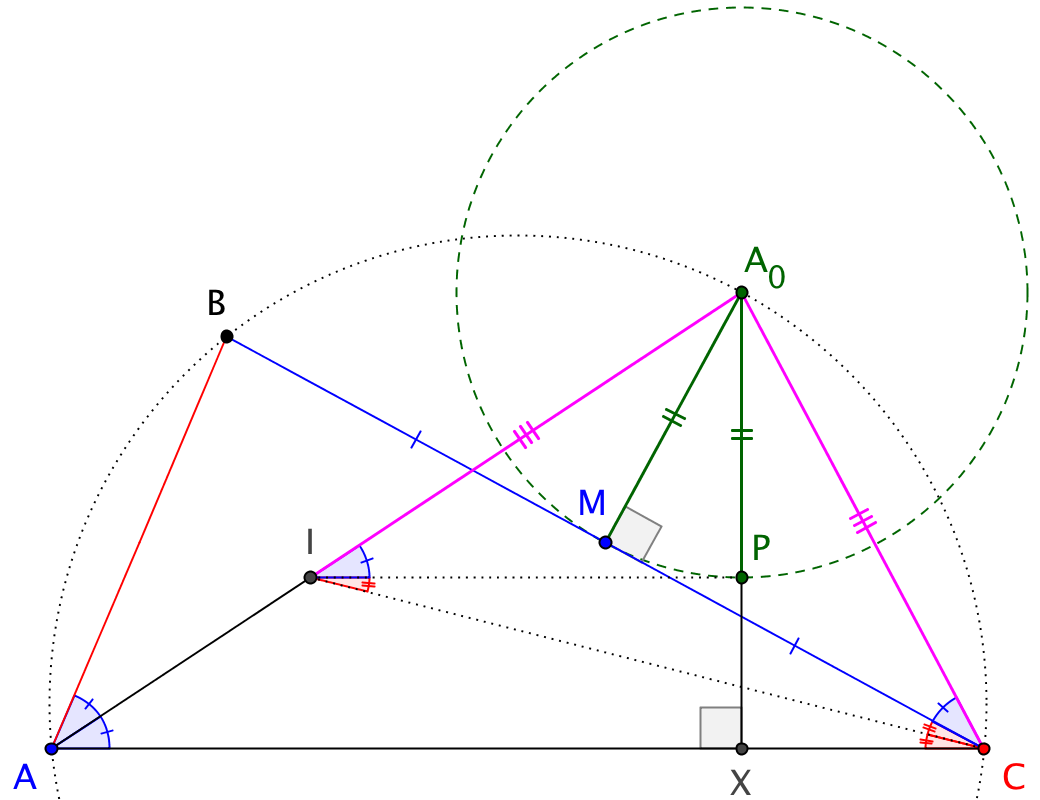