I ran into the following description of Galois theory in Gelfand and Manin's Methods of Homological Algebra. But this looks like nothing like the Galois theory I know that deals with subgroups and field extensions. I wonder if there is any great self contained books that treats this topic thoroughly enough so that I can understand the following paragraphs? Thank you. 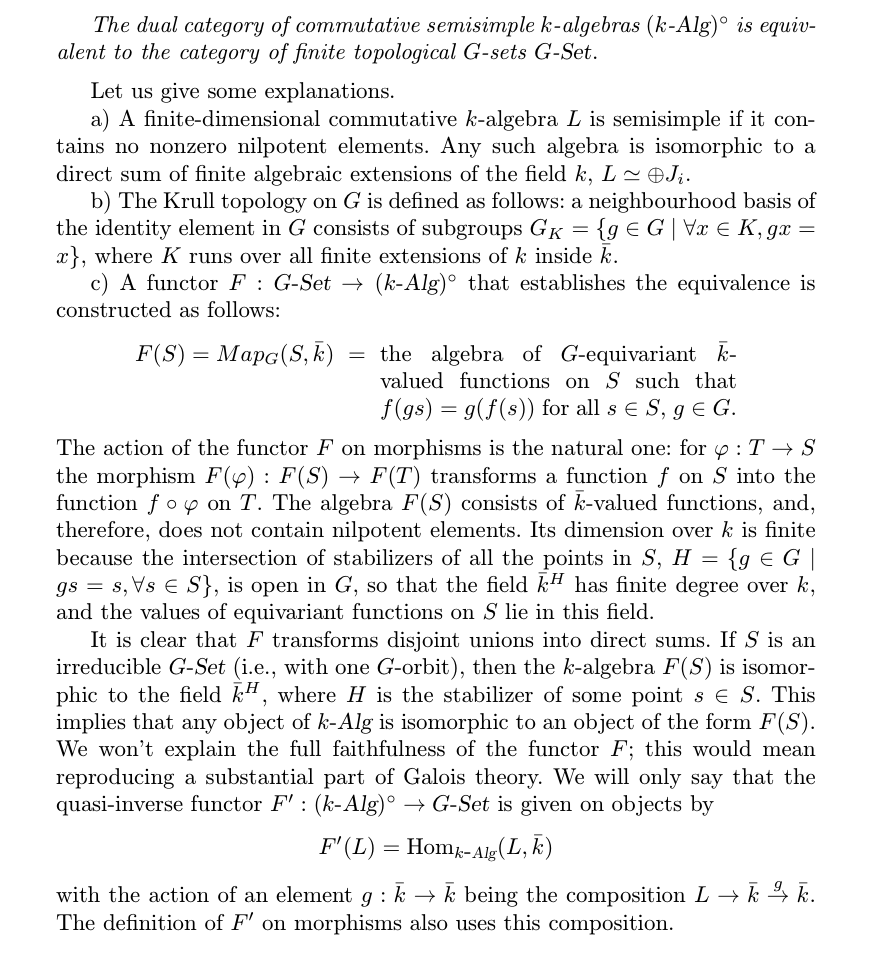 Szamuely's book Galois Groups and Fundamental Groups has a good [edit: but apparently error-prone — see comments] exposition of Grothendieck's Galois theory, as well as its connections to geometry and topology. It's one of my favorite math books, and one of the few I've read cover to cover.

The first chapter is on the Galois theory of fields, and shows the relation between the classical formulation and Grothendieck's version. The second chapter does the same for covering spaces in topology, the third for Riemann surfaces, and the fourth for algebraic curves. The fifth chapter then explains Grothendieck's general Galois theory of schemes, which subsumes both the cases of fields and algebraic curves.

This is known as (an example of) Grothendieck's Galois theory. Lenstra's notes provide a good introduction.

Not the answer you're looking for? Browse other questions tagged abstract-algebra reference-request galois-theory book-recommendation or ask your own question.