How many lines can be equidistant from 3 points?

How many lines can be drawn in a plane such that they are equidistant from 3 non-collinear points?

@John Bentin has shown below that there are at least 3. Why are there no more than 3?

Assuming that the line is in the plane of the points, there are three. Consider a triangle ABC. Draw a line parallel to BC so that it is half way between A and BC. The other two are constructed similarly.

(Added for completeness) Consider any line in the plane equidistant from the points. Suppose for the present that it is not parallel to any side. Then it intersects all three sides of the triangle. The three points of intersection cannot all be internal: say the point D on the line lies on BC produced. But then C would be nearer the line than B, contradicting the given conditions. Hence the supposition can be ruled out. Therefore the line is parallel to a side of the triangle, and so it must be one of the three lines mentioned above.

You can use the following lemma: 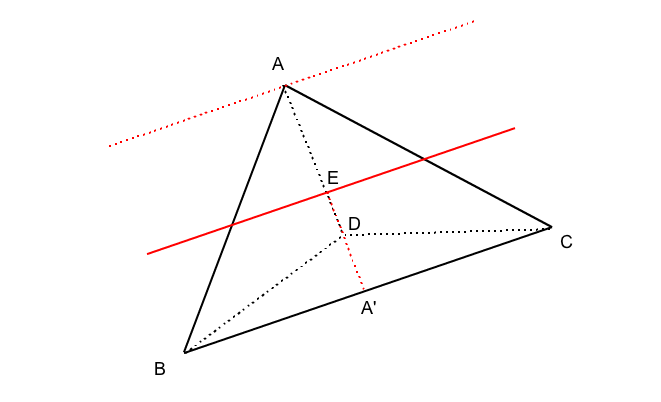 The three non-colinear points A, B, and C form a triangle. There is only one point that is equidistant from all three, marked as D... but there are three lines that are. To construct one of them:

Repeat for lines AB, AC to get the other two lines. 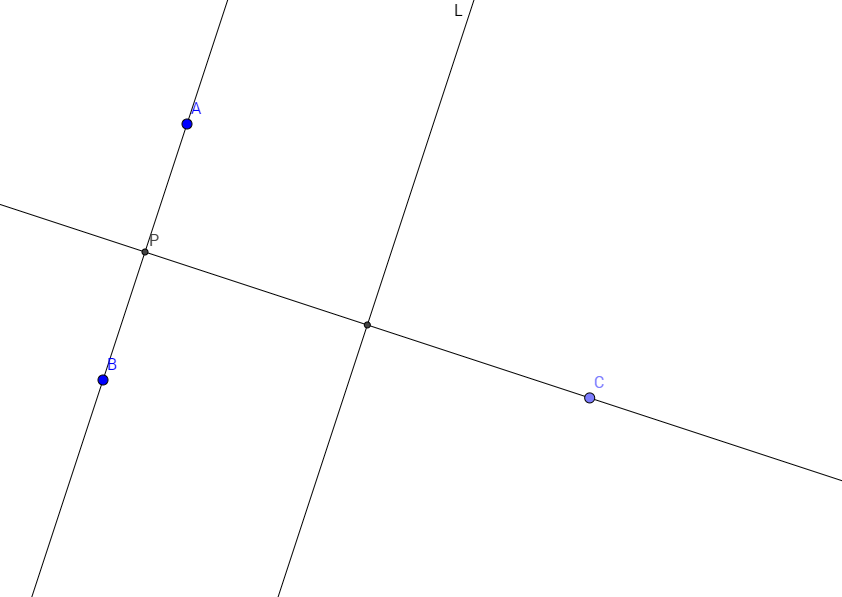 2
A line which bisects two sides of a triangle is parallel to the third.

5
Points and lines
4
Set of points equidistant from two points in hyperbolic space.
2
Number of lines determined given a set of points
1
How many non-collinear points determine an $n$-ellipse?
1
How many points are possible in the plane that are the same distance from all three points.
0
Proving two points on a line exists which is equidistant from two intersecting lines
0
How many straight lines and circles can be drawn in the plane so that they are equidistant from all four points?
2
Counting the number of lines through a given set of points, some of which are collinear
2
Number of straight lines can be drawn