It is not proved that a limit exists. 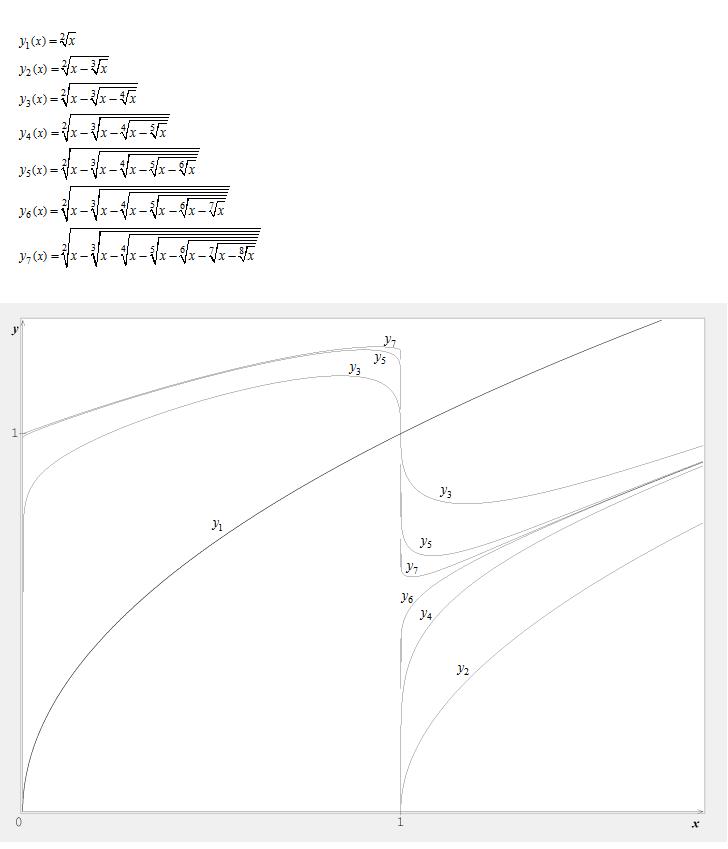 When the number of radicals tends to infinity without specified parity, the limit is not defined. So we could say that there is no limit for the expression given in the wording of the question.

But, what is interresting is not the set of functions and corresponding curves, but what is the boundary curve of the infinite set of curves. This curve is not included into the set itself. The corresponding function might be on the form $y_{boundary}(x)=f(x)H(x-1)$ where H is the symbol of the Heaviside step function. Looking for $f(x)$ is something else: This is a challenge.

We can express the firsts terms of the series expansion around $x=1$.

The bounding curve corresponding to $f(x)$ is drawn in red on the figures below, represented in various enlargements. Of course, the curve in red is the same for all the figures. It looks like a straight line if we consider a range of $x$ close to $x=1$, but it is a misleading impression : $f(x)$ is not a linear function. The computation for drawing $f(x)$ was made with an algorithm similar to that given by Han de Bruijn. 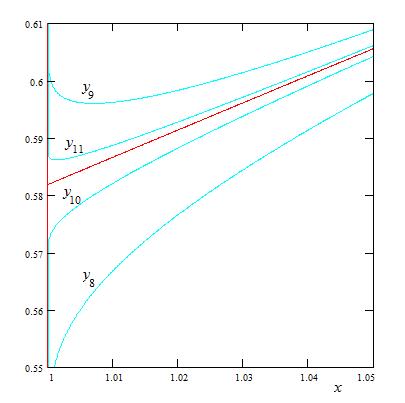 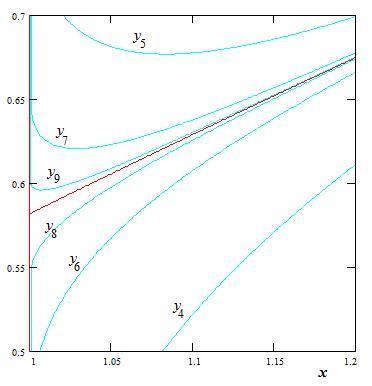 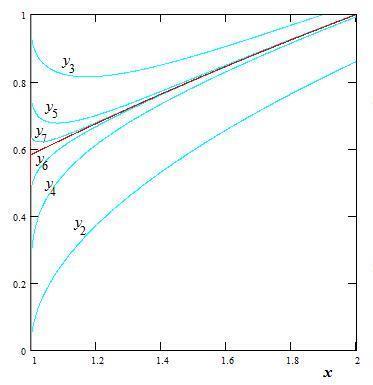 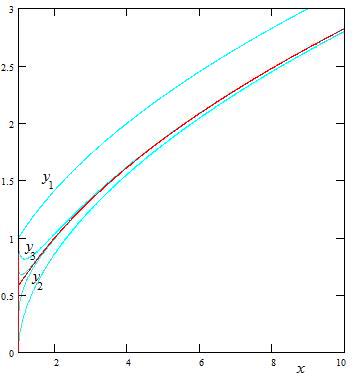 Disclaimer. Please read the answer by JJacquelin . Without it, the answer you are reading now wouldn't even come into existence - literally : the possibility of no-limit must not be rejected. It must be admitted that the current answer rests upon the assumption that the limit does indeed exist. But the question is: does it exist?

From a computational point of view , this question is related to :

Notes.
If we change x := 1 in the program by a slightly different value below $1$ , say x := 0.99 , then the iterations quickly become unstable for some $\;a_\infty$ , even if reasonable precautions are taken.
So it seems that the limit should better be approached from above : $\;x \downarrow 1$ in the first place. 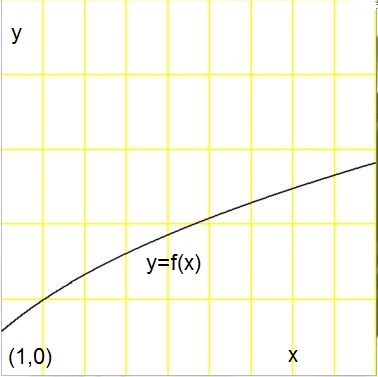