Rotations and the parallel postulate.

If we take a full rotation to be $360^\circ$, then it seems that we can prove the following 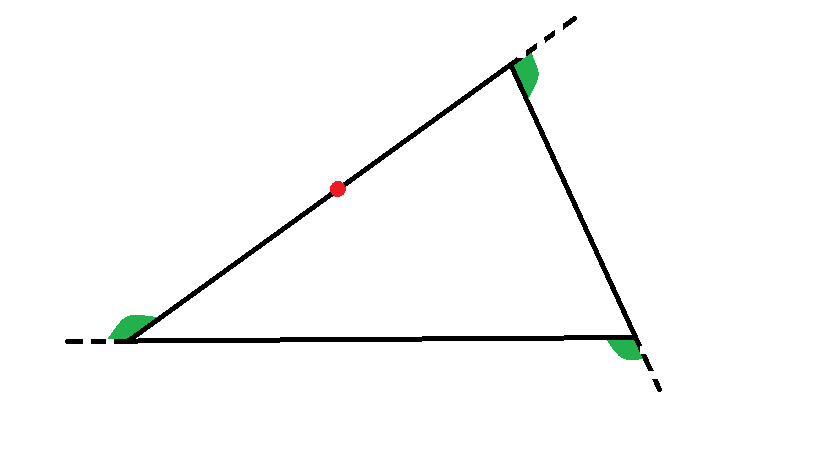 I avoided stating the question using "exterior angles of a triangle sums to $360^\circ$" and instead used the more ambiguous term "rotations" to emphasize the fact that rotations seem to be more general. We can for example show that the interior angles of a heptagram sum to $180^\circ$ by noting that three full rotations are made while "walking" thge heptagram. This should generalize to arbitrary closed polygons and seems stronger than the fact that the exterior angles sum to $180^\circ$.

In summary, I would be interested in knowing the connections that this technique has to the parallel postulate as well as if this technique is a "rigorous" way of finding the internal angles of more complex shapes such as the heptagram.

Your picture, and perhaps your assumptions, are lying in the Euclidean plane. Take the same idea and put it on the sphere, where the parallel postulate is false, and we get something like the following: 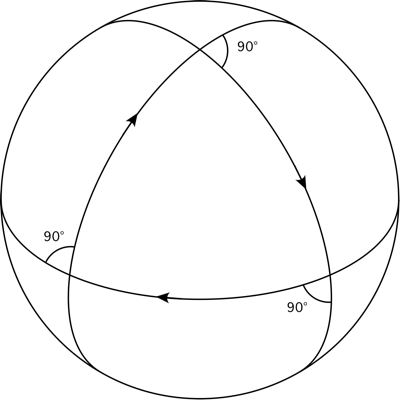 7
What is the definition of “rotation” in a general metric space? (Or a Finsler manifold?)
3
Sum of Angles in a Triangle.
0
Is this a sensible/valid definition for “isotropic metric space”?

1
Proving that two lines are parallel to each other without use of the parallel postulate
4
Equivalence to the Euclidean Parallel Postulate
0
Sum of Interior Angles of a Triangle
3
Does the sum of exterior angles of a simple, convex polygon truly = 360°?
2
Triangle inequality without parallel postulate
35
A way to directly see that the interior angles of triangle sum to $180^\circ$?
1
Pythagoras' Converse and Euclid's Fifth Postulate
5
Is it possible to prove the independence of the parallel postulate without non-euclidean geometry?
1
Why is the sum of all external angles in a convex polygon $360^\circ$ and not $720^\circ$?
1
what is wrong with Ptolemy's proof of the Euclid's fifth Postulate?