An open ball is an open set

I'm a little stuck after this point. 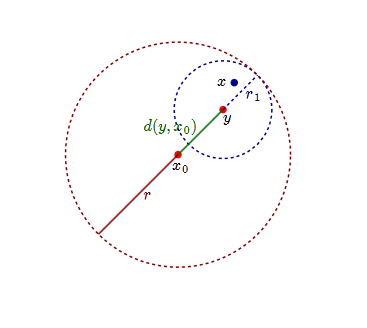