if $y$ is a function of $x$, why is $\frac {dy}{dx} dx = dy$? I have not learnt real analysis, but have done a bunch of math method courses at university and this has been bugging me. Why is it you can treat that as a fraction?

I don't see how you can just play around with these limits as if they were fractions. What proof is there that you can do so?

The way that differentials $dx, dy, $ etc are usually defined in elementary calculus is as follows:

Here the value $x-c$ is called the increment of $x$, and is denoted $\Delta x$. So our tangent function can be written as $y=f'(c)\Delta x + f(c)$. Note that $\Delta x$ is actually evaluated at a specific value $c$ and thus should possibly be more correctly written as $\Delta x(c)$ or $\Delta x|_c$, but that'll get tedious so I'll leave off the explicit $c$ dependence.

Notice that with these definitions, there is a fundamental difference between the differentials of independent variables -- like $dx$ -- and functions of those variables -- like $df$. Differentials of an independent variable is just the increment of that variable whereas the differential of a function is defined to be the increment of the tangent to that function, i.e. $df=\Delta y=f'(c)\Delta x=f'(c)dx$.

NOTE: It is important that you realize that $\frac {df}{dx}$ is just a suggestive notation for $f'(x)$. It is NOT a fraction of differentials. In fact the only reason we use it is because it helps students learn things like the chain rule. But the derivative is actually defined by a limit, NOT by a ratio of infinitesimals (unless you're learning non-standard analysis).

So in response to your question: using the very first definitions given to students in elementary calculus. $df$ is literally defined by $df=f'(x)dx = \frac {df}{dx}dx$.

Now what are differentials used for? Differentials are an approximation of the change of a function for a very small change in the independent variable(/s). That is, $df \approx \Delta f$ when $\Delta x$ is sufficiently small.

NOTE: IMO, a better, more useful definition of differentials is as differential forms. For a good reference, pick up the book Advanced Calculus: A Differential Forms Approach by Harold M. Edwards. 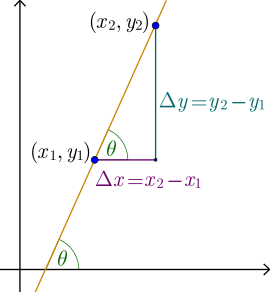 14
What is the relation between dx in elementary calculus and dx in differential geometry?
1
Insights on differential element
2
is $dx$ greater than $\frac{dx}{2}$?