be the Gamma-completed Riemann zeta function, and let

It satisfies the functional relation $f(s)=-f(1-s)$

Taylor proved in 1945 (On the Riemann Zeta function) that all the zeros of $F(z)$ are real. 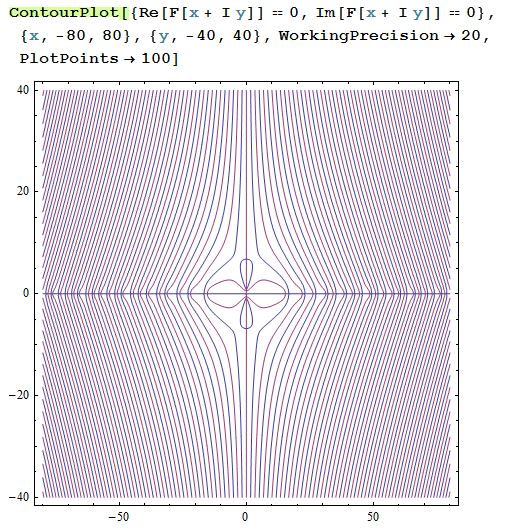 Has anyone notice this problem?

EDIT: Here is a snapshot of Taylor's formulas. 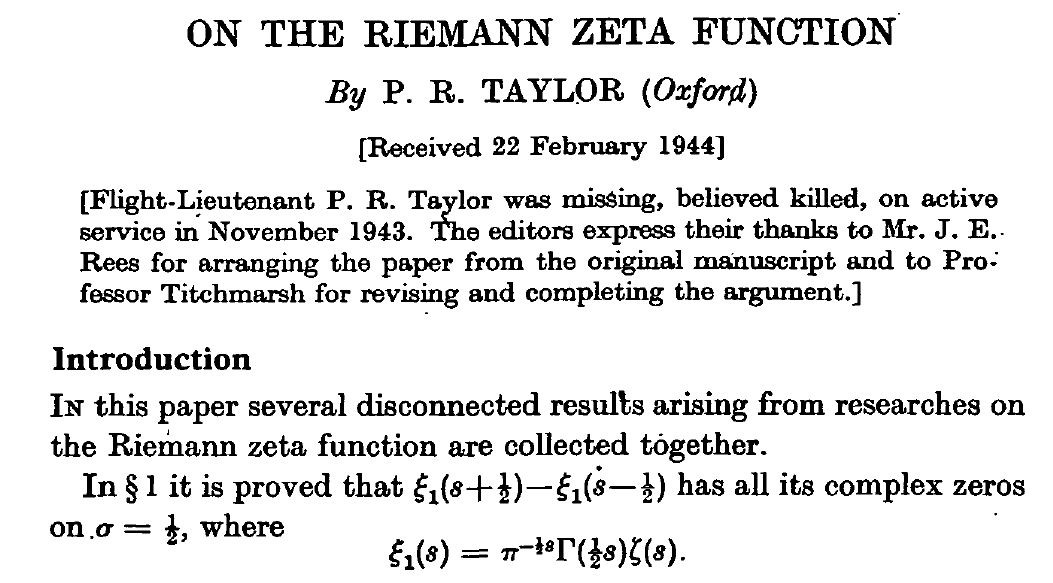 Here is a little more 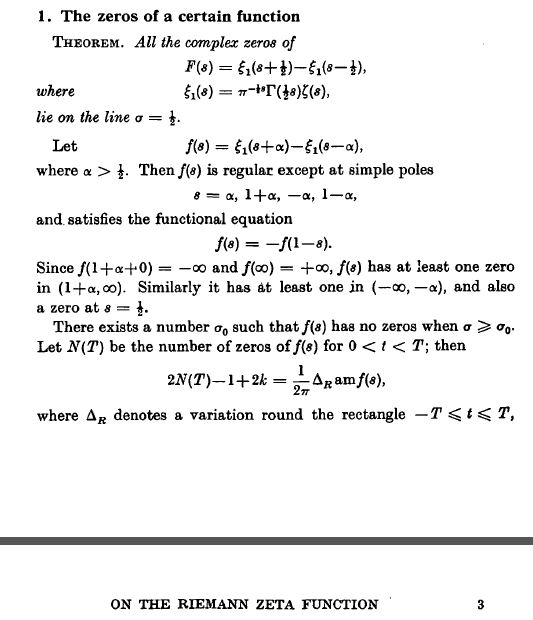 The paper simply says that all the non-real zeros of $F(s)$ lie on the line $\sigma = 1/2.$ The latest images posted by OP seem to show just that. There are non-real zeros at $\sigma = 1/2$ and two zeros located symmetrically about that line at $t = 0.$ These last have imaginary component $t = 0$ so the assertion of the theorem doesn't address them.

I went back and looked at this again, not to beat a dead horse but because I am interested in the sort of trompe l'oeil that occurred here.

The reasoning behind the question about the paper's claim was:

It's an inviting idea and seems to simplify things but it mis-states the claim of the paper, which is that "all complex zeros of F(s)...lie on the line $\sigma = 1/2.$"

This took a while to see because one automatically focuses on the particulars of the transformation: is the claim of equivalence correct? Well, it is. The transformation gives a valid new picture of the same information but then we misinterpret the appearance of complex zeros.

The images posted by @mike confirm this. 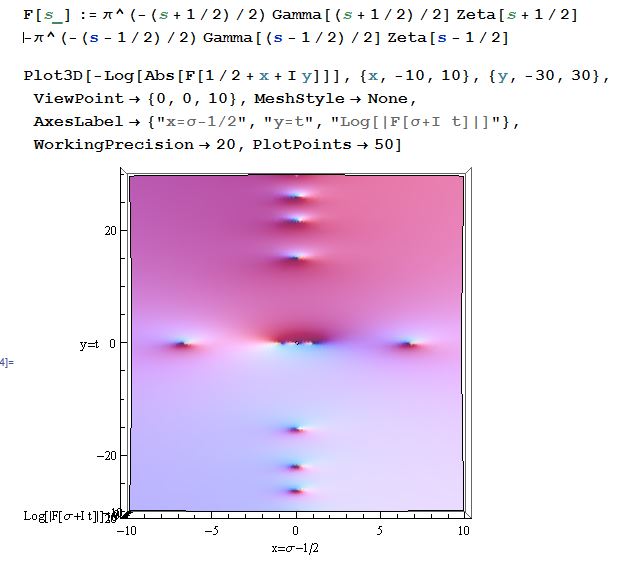 It seems to me that these two zeros that are not on the $\sigma=1/2$ line are the only exceptions. See two figures below. 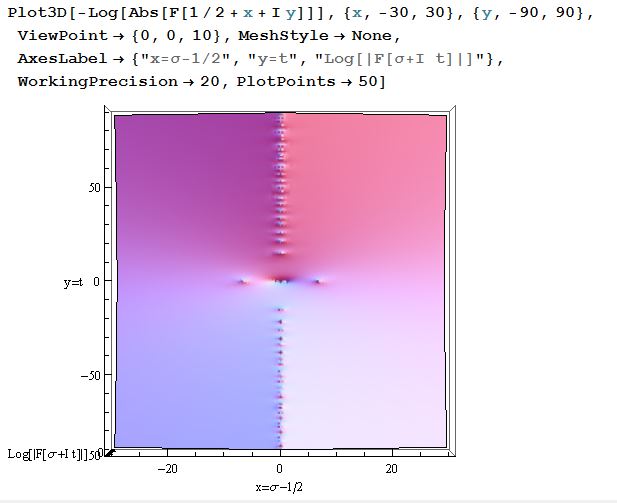 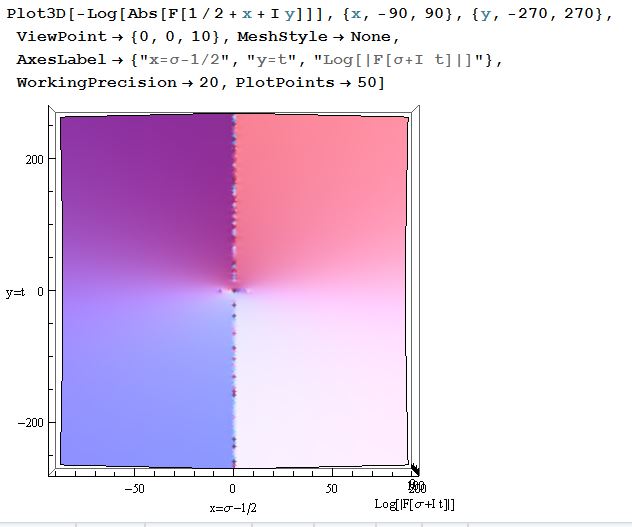 Not the answer you're looking for? Browse other questions tagged riemann-zeta or ask your own question.