I am encounter with a question that

I have no idea. Any advice is helpful. Thank you.

In the hope that a picture is worth a thousand words: 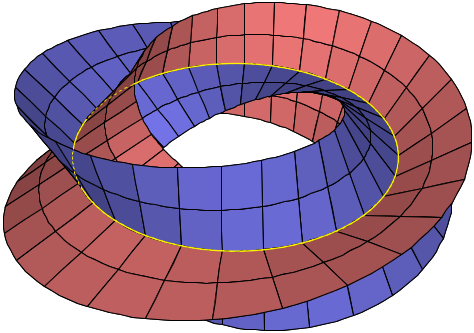 Not the answer you're looking for? Browse other questions tagged vector-bundles klein-bottle mobius-band or ask your own question.

2
Product and sum of line bundles on circle
2
Canonical orientation on a regular level set
1
Example of two nontrivial vector bundles with a trivial sum
1
Whitney sum of Mobius bundle is trivial
1
Is there a nice picture of the direct sum of two Möbius bundles?